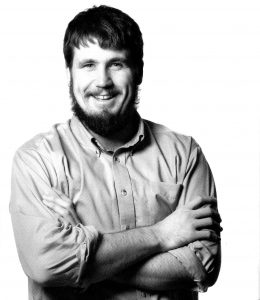 I’ve done a lot of work with various facilitation methods. I was attracted to how the structure allows the participants to explore principles first and foremost, and then sets the groundwork for action in the community. I’ve been a part of many groups. I know you need to work on the underlying platform of trust and then everything else falls into place. Ben Franklin Circles gives you the tools and the people supporting it are awesome.

I started to put together some flyers and get the word out there. Then I realized that people I already knew would really appreciate this. I basically reverted my strategy to posting on my Facebook page and doing some one-on-one asks. Every single person I showed the video to and talked about the event with came. I’ve tried to invite someone to every meeting to keep it fresh and to try and keep the numbers up, as some folks have not been able to make every meeting. We have a shorter meeting than most because I am catering to busy folks and I feel like a smaller group size is actually much better for a shorter event. Long story short, we probably don’t need to invite anyone else now that our group is perfect.

I’ve hosted a lot of these things, but I had a profound experience with the principle of Silence. I was really able to bring my full self. I am an introvert and I felt that, when people had permission to be silent and the silence that we practiced was welcomed with open arms, we had more trust and flow in our group.

I don’t want to answer! Each one has been meaningful—and I am only on number three! However, I was profoundly moved by Silence and the community ideas that came out of that session, so there you go.

I’m committed to having Silence as a principle, as an exercise when I work with other groups where we are growing trust. I’ve also committed to growing Ben Franklin Circles. I’m spreading the word to try to get other folks to start Circles.