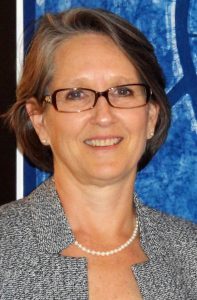 I’m an independent consultant working with the US government and nonprofits to build management and leadership skills within their teams and build better systems in their organizations. In my free time, I’m on the board of two non-profits. One offers arts to communities who otherwise would not have many artistic outlets and one is working on creating economic and racial equity in our county. For fun, I’m on my bike, in my kayak, in a pool, or in the forest.

I worked overseas in international development for 30 years. I moved back to the US in 2009 to work in an international consulting firm. In December 2016, I decided to leave the hectic 60-hour a week rat race to focus on bridging the growing divides in our country which had shocked me when I returned. This led me to organizing community dialogues across race, religion, and political views. When I learned of Benjamin Franklin Circles, I immediately volunteered to start a circle believing that we (our society) needed a new way to address issues to avoid having people stay in their entrenched viewpoints and help to open new avenues of dialogue.

While conducting various community dialogues, I realized that, after living for eight years in my neighborhood, I still only knew a few people.  If community unity was my objective, I believed that I should probably start close to home. So, I decided to hold a neighborhood Benjamin Franklin Circle.  I made about 120 flyers and went door-to-door placing the flyers and meeting people. Without any commitments to join, I had already reached one objective of getting to know more people.

Within days, I received 11 emails expressing interest. We started a few weeks afterwards with a group of about nine people.  The diversity of perspectives has been fun. A university professor of mathematics who loves reading and intellectual debate; two retired primary school teachers who are very practical and down-to-earth; a young woman just starting her career; a pharmaceutical salesperson who travels a lot and unable to attend all sessions; retired and current federal employees; and a retired scientist who is very politically active. Some of the original people have dropped out for various reasons, and we have gained a few as we go.  This change has only enriched the conversations.

I have benefitted in several ways through these circles. As I mentioned above, I’ve gotten to know more neighbors and have enjoyed running into them around town.  As a professional facilitator, I have gained new skills as I found this group to be more challenging at the beginning than most other groups with whom I work. Being neighbors does not necessarily make you friends, or ensure common values or create an instant common objective.  I had to find a way to create a common purpose and make sure that everyone found something of value in the discussions.

Finally, I find that the choice of words for the values (e.g. cleanliness, order, chastity) while at first seeming quaint and archaic, actually provide a new lens through which to examine our world.  This new lens has helped me to step outside of my usual routine thoughts and see familiar things in different ways. For instance, the topic of cleanliness led to a fascinating discussion of our own sanitized world and the negative sides of reducing bacteria around and in us.  We saw the use of variations of the word “clean” as means to control people (as in ethnic cleansing or the purity or cleanliness of women during their periods.) In striving for something clean and pure, what are we losing? How do we use the terms mindlessly?

Silence is perhaps the one that resonates the most deeply within me. There is so much noise coming from so many different sources.  A non-stop cacophony of mostly poorly thought out, blindly repeated bits of information which bring only added stress and anxiety to life today. With so much talking and writing, there is a paucity of listening. One author suggested that if we start a listening revolution, many of the world’s ills will be diminished. I heartily agree with him. Silence brings to mind serenity, mindfulness and reflection.  However, when silence is forced upon someone else, this value is transformed into oppression. When silence is chosen over speaking out against injustice, this value is transformed into complicity with oppression. So, when is the right time to speak in any particular situation? What is the right message to relay? When is speaking helping the world and when is silence the better alternative? These are great questions to ask oneself every day.

Our group discussed order recently at a time when I was working with a group of people on a challenging group task.  There were too many voices (too little silence) and opinions about both the problem and the objective. As the person responsible for developing a path forward, I had become a bit overwhelmed by the enormity of the task and the multiplicity of possibilities.  After the BF circle discussion, I realized that the last few weeks of chaotic meetings had produced all the ideas that could be had and that it was now time to bring some order to the situation. The next day, I sought out some silence to close out the many voices and just sit with the different perspectives.  A pathway emerged from the chaos which led us to a very successful outcome. Perhaps you could argue that the value silence guided me more, but the recognition of the need for order was the spark I needed.