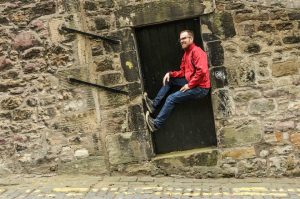 I thought it was an intriguing prospect, trying to talk about virtue these days with a group of people from various backgrounds. The term virtue got weaponized during the culture wars, and so I think we’ve been allergic to public discussions about it. I also think our culture tends to value personal autonomy so much that even self-imposed checks (e.g., frugal living) have become fringe “lifestyle choices.”

As often happens, though, when we suppress ideas, they come roaring back in different forms. Just a quick example, one primary debate in the last election cycle was about whether Donald Trump was fit for office, or whether certain democratic guardrails had been removed. Notably, these guardrails aren’t things that can be codified into law. When we’re talking about habits of good behavior, respecting certain boundaries, to me we’re talking about virtue.

In a culture where we have such vast freedoms, we need some virtues—like order, resolution, and industry—to rouse us from complacency, and other virtues—like silence, chastity, and temperance—to keep our appetites in check. For example, we don’t want to limit free speech, but there are definitely times when we need to practice Franklin’s virtue of silence. Laws against overconsumption are tricky, so instead we’re stuck with frugality. We can accept that politics is a game of moving goalposts, but we all wish politicians would demonstrate more resolution.

All this is to say that I think our society would benefit from learning to talk about virtue again. It means taking responsibility for our own lives. But it’s disconcerting because it also means thinking about ways that society can cultivate these values broadly—beyond the individual level. In our modern, free, democratic society, I think it’s an uncomfortable necessity.

I recruited mostly through email, Facebook, and personal appeals. Here’s what I learned:

1. You have to ask persistently—even among your own loyal circles. Because I saw this circle as a chance to exercises our democratic muscles, I wanted our group to reflect some of the diversities we have to confront. I wasn’t as successful as I hoped, probably because a group inevitably reflects the circles of its leader. Honestly speaking, it made me realize that my own personal circles are pretty limited.

2. You have to cast your net widely and hopefully, but also frame things as a challenge. When I pitched the group, I was up front that I wanted commitment. I also tried to give a sense that the group would be engaging, but that it might involve stepping outside comfort zones.

I have adopted a method of group management called “serial sharing,” where everyone shares a brief response before engaging in more free-form discussion. It’s been good for making sure everyone has a say, especially those who are more shy or less likely to engage with some topics.

This method has been challenging for me. I’m the biggest offender when it comes to interrupting other people! I have found the best way to shut up is taking intense notes. It keeps my brain occupied, and I can more easily resist the urge to interrupt and add my own color commentary. I have been trying this method in other situations where I want to practice listening more.

Frugality was fun/painful to discuss because I’m an inveterate miser. Temperance has also been a long-standing challenge for me.

Thus far, though, I think silence is the one that might be the most meaningful for me in the long run. I also think it’s a virtue that our society should exercise more. I don’t think of social media or the entertainment complex as intrinsic evils, but I think we often use them to fill up the blank spaces in our lives. If we let things lie fallow for a while, we might be surprised at what can grow there.

Our current focus is industry. This virtue is concerned with time, and anyone who has done a lot of freelance work, as I have, understands that every hour is a kind of opportunity.

I resolved to get a firmer grasp on where my time had been going so that I could consider better how my light was spent, as Milton would put it. So, over a few days, I tracked the majority of my activities—down to five-minute increments. It felt a lot like counting calories, actually, or keeping a food journal. And just as you may be surprised to know what and how much you really eat, I was a little surprised by the gap between what I felt took up my time and what actually took up my time.

My goal wasn’t to work more or become twice as efficient. I really wanted to get a sense, though, of where I was investing myself, and whether those things were actually useful or necessary for the goals I want to achieve in my life.

It’s been a surprisingly useful tool. While I don’t believe it would be reasonable to constantly track my time at this level, I will almost certainly try it again now and then—especially when I want to be more mindful of how I invest myself.