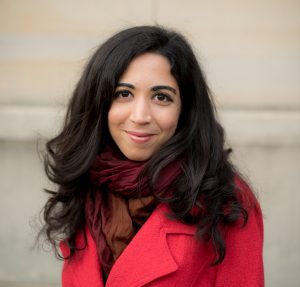 I’m a journalist and writer. I wrote a book called The Power of Meaning: Finding Fulfillment in a World Obsessed with Happiness, which grew out of an article I wrote for The Atlantic, “There’s More to Life Than Being Happy.” I am also an editor at the Hoover Institution, where I help out with Ben Franklin Circle matters.

I first heard about the Circles after reading an article by Stanford’s William Damon, who was involved in the genesis of the ideas. I was instantly drawn to the concept. I liked the idea of forming an intimate community devoted to talking about meaningful issues. When I reached out to the 92nd Street Y through the BFC website, I was encouraged to start a Circle, which I did. So far, the experience has met and exceeded my expectations. It’s wonderful to see how quickly the group has become intimate and willing to open up about issues like career struggles, how to be more service-minded, and engaging more with the community.

The group is made up mostly of young professionals, several of whom work in education. Two are friends of mine from the positive psychology community. The rest found out about the Circles on their own and contacted the 92 Street Y, who put them in touch with me. We have a couple of teachers, a couple of people who work for startup companies, a couple of journalists, and a lawyer.

It’s given me a circle of friends I wouldn’t have otherwise known and an opportunity to speak to them about the role of virtues and character in modern life. The opportunity to check in with one another about the virtues keeps them fresh in my mind and encourages me to try to live by them more in my day-to-day life. At the next meeting, for example, we will be discussing silence and tranquility, and so I’m trying to pay attention to cultivating these virtues in my life.

My favorite virtue is silence. I’ve always been someone who prefers a quiet library to a bustling cafe, but I live in a noisy city. I put my headphones in when I’m walking around and inundate myself with the white noise of daily life like social media, email, and texts. Every now and then, I try to pull away from it and remove the social media apps from my phone or go to a silent retreat at a monastery. When I do, I achieve a wonderful clarity of mind. When you turn the volume down on everything else, you can actually hear yourself think. But it feels harder and harder to get into that frame of mind these days.

I’m trying to be more reflective about the kinds of projects I want to pursue rather than just diving head first into them. I tend to rush into things and make spontaneous decisions when an idea really excites me. I think there’s virtue in that sort of passion, but there’s also virtue in deliberation and prudence. So far, it’s going well. I’m learning to slow down and take my time—and, as a result, I’m finding that the world isn’t passing me by as I had feared it would!